The prayerbook we use at TBE, Mishkan T’filah, is the most current prayerbook published by the Central Conference of American Rabbis – CCARPress, 2007. Below is the beginning of a review of the book written by Stuart Kelman for the Jewish Book Council. 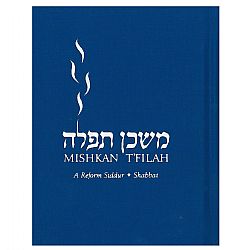 A recent study found that the younger generation of Reform Jews was more comfortable with Jewish ritual than their elders. The new Reform prayer book, Mishkan T’filah, speaks to this trend. Every generation needs to create its own prayer book to express, in its own idiom, its unique relationship with God. This volume is addressed to those living at the beginning of the 21st century and reflects the desires of clergy and laypeople dedicated to including more Hebrew; meeting the needs of a diverse population; having a clear and uncluttered presentation, and increasing the use of traditional, as well as new, liturgy. It reflects the values of this generation: the desire to be “polyvocal” rather than univocal and the need to retain choice as a primary element while at the same time attempting to create one community.